Since being rescheduled due to the pandemic, the anticipation for this gig was high and my +1 ticket was in demand, making me very popular with friends and fellow editors!

After an impressive festival season including sets at TRNSMT, Reading & Leeds and Latitude, Sea Girls headed to Brighton on Tuesday 21st September to perform their set of indie rock bangers. 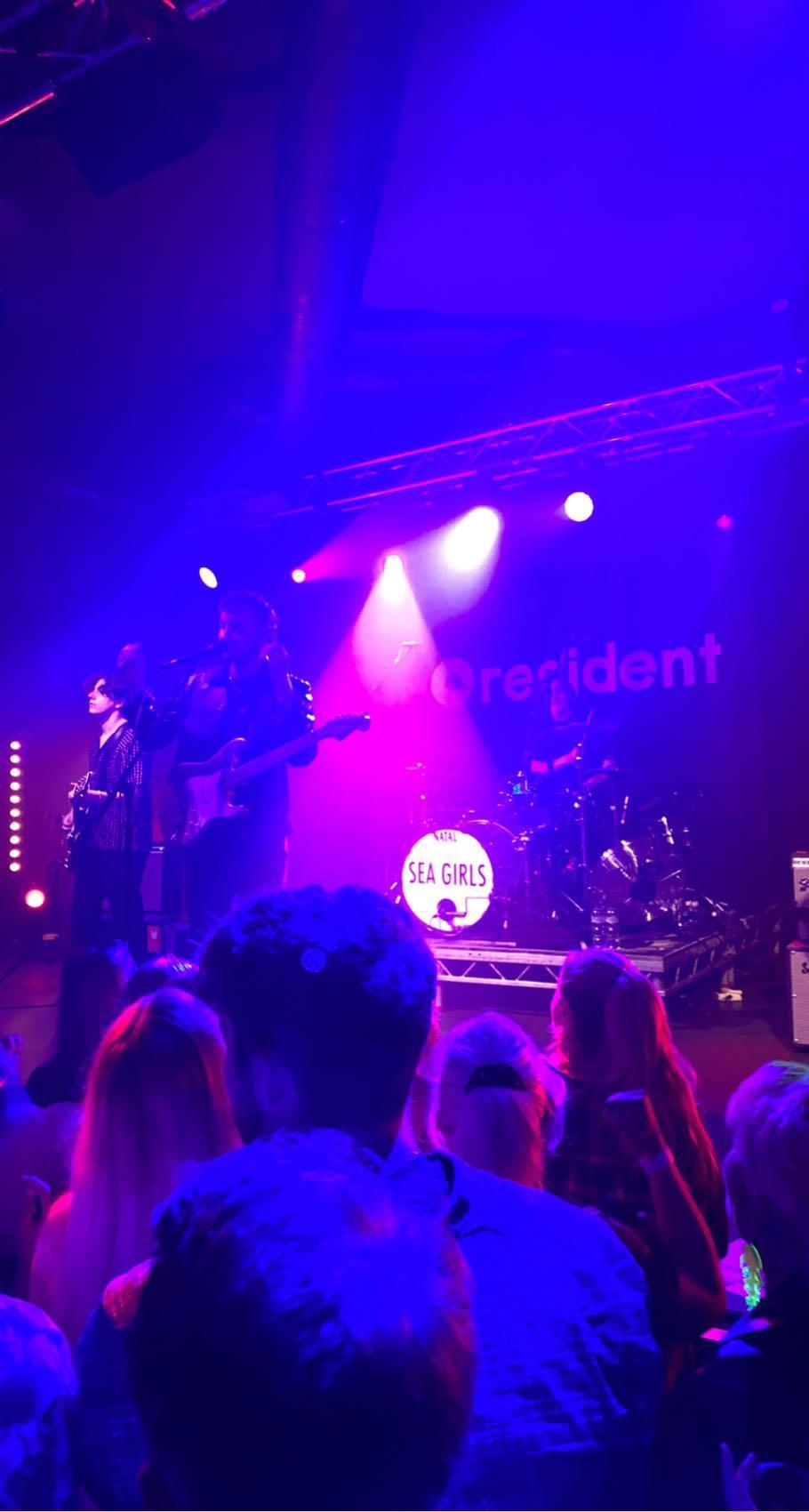 The band opened the night fittingly with ‘Transplant’ – the opening track from their debut album ‘Open Up Your Head’ which charted at Number 3 on the Official Albums Chart and reached Number 1 on the Official Record Store Chart. Singing the lyrics – “the music’s so f*****g loud” set the scene for an energetic night of sing-along indie pop anthems.

One thing is for sure, Sea Girls know how to write an energetic catchy chorus and the theme of the night was fans belting out the lyrics to every song. Even with the lesser known tracks, by the end of the song, the crowd was word perfect. Fans also clapped along to the drumbeats and many knew the backing vocals and screamed these just as loud as the lyrics themselves. The level of support the band had was extraordinary and it was clear many had been waiting a long time for this night.

The energy from the band was matched by the atmosphere which filled the room and Rory Young, the lead guitarist danced and jumped his way throughout the evening while producing screaming indie pop solos which the crowd embraced.

An impressive moment from the band was when the band played ‘Shake’ from their debut album ‘Open Up Your Head’.  Whilst it’s obvious the band are more than capable of writing dance driven indie bops perfect for festival stages such as, ‘All I Want To Hear You Say’ and ‘Violet’; this song showed the bands versatility and room for growth.

Opening with a powerful bass line and drum beat, resembling Pixies’ iconic ‘Where Is My Mind?’ the crowd head-banged throughout and enjoyed the slightly heavier sound of this track, which was carried by the addictive grooves of bassist Andrew Dawson and drummer Oli Khan.

The band closed the set with a fan favourite ‘Damage Done’. Contrary to the lyrics “I don’t really wanna dance”, the crowd did the opposite and jumped with their hands in the air, giving it everything they had.

With the band expecting an encore (which can be seen from the setlist); their fans demanded they return to the stage. This made for a special moment as lead singer Henry Camamile came back with his acoustic guitar to sing a solo of ‘You Over Anyone’. This really showed his talent as a vocalist and the crowd fell silent during the performance and in particular, when he sung the lyrics “I don’t give a sh*t” as a falsetto. 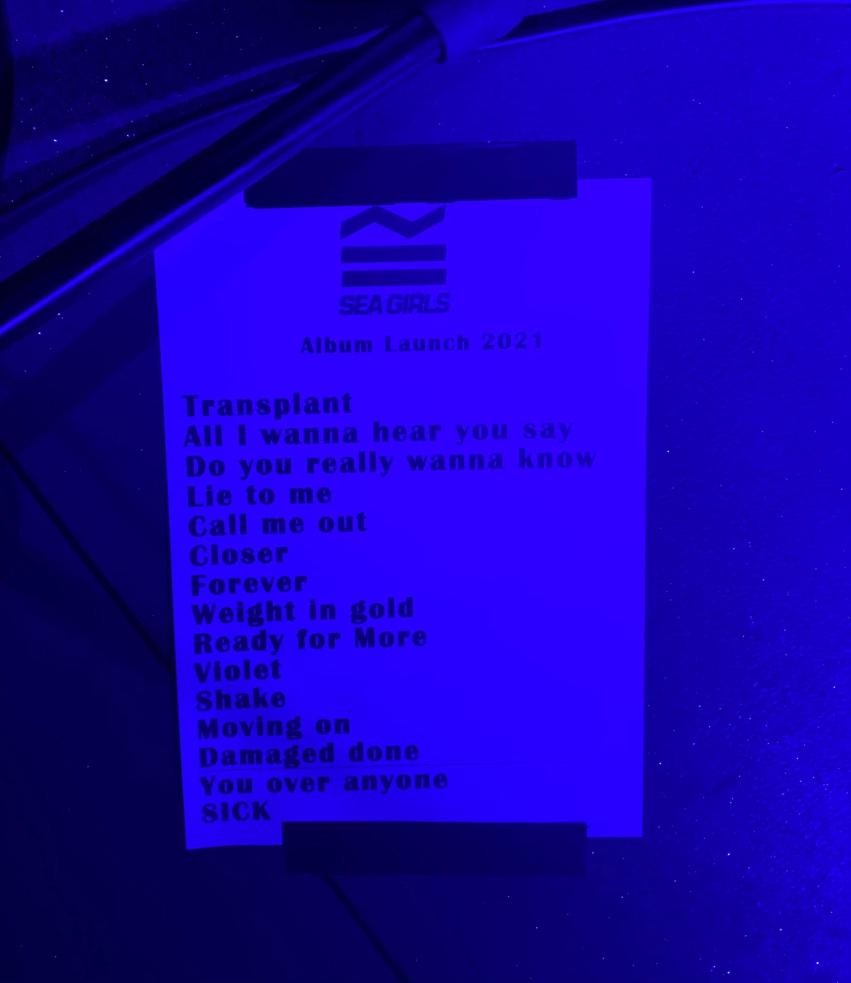 A 15-song strong setlist became 16 when the indie rockers decided to play their unreleased track ‘Home’ as a result of their fans’ support. A truly special ending to the set, with front man Henry Camamile half-joking/half serious asking for fans to put their phones away “so the song doesn’t get leaked”. A perfect example of his casual and relaxed rapport with the crowd.

Sea Girls closed the night with ‘Sick’, the leading single from their highly anticipated new album ‘Homesick’ which is being released 14th January 2022. This was a perfect end to the night with its nostalgic driven lyrics and dancy feel.