Cultural appropriation is a term which has been subject to intense debate and controversy in recent times. The concept is widely open to both interpretation and misinterpretation, and those claiming instances of cultural appropriation are often accused of being ‘overly sensitive’ or exemplifying ‘political correctness gone mad’. But it is not the decision of anyone else besides the claimant whether a situation constitutes cultural appropriation. If an individual or group feels that their culture is being appropriated, we must listen and understand, rather than dismiss and scorn.

Appropriation involves taking something for one’s own use. In terms of culture, we see this enacted through the appropriation of fashion, hair styles, cultural or spiritual practices and traditions, ways of speaking, and other components of culture. Cultural appropriation is a question of privilege, power and exclusivity. It may seem harmless or even complimentary, but it is imperative to interrogate the deeper structural history and power dynamics at play.

To defend against accusations of cultural appropriation, arguments are frequently made that it is not a case of appropriation, but appreciation. Pointing at our ever-increasingly interconnected world and the consequential cultural exchange, many argue that the opportunity to learn from other cultures and appreciate what they offer is a great feature of our modern world. This belief is widely held by many; that taking an element from another culture and using it for oneself is an ode to that culture, a display of admiration. Many do not understand how this could be seen as harmful or offensive, and intentions are often well-meaning. However, this involves an ignorance on the part of the individual appropriating; they often don’t understand the deeper cultural significance of the element they have taken, leading to a blurring of the line between appropriation and appreciation.

Cultural appropriation is described as a form of modern colonialism. Characteristic of a colonial dynamic, it involves powerful groups in society taking from a marginalised or non-dominant culture. And this, argues author and activist Layla Saad, is precisely why cultural appropriation cannot occur in reverse – Black, Indigenous, and People of Colour (BIPOC) do not hold a collective power and privilege over white people in our society. So before calling out BIPOC for ‘appropriating’ white culture when they choose to wear western clothing or enjoy a Sunday dinner, it is important to realise that in this scenario, the power dynamics involved in appropriation are absent.

So why is cultural appropriation a problem?

Firstly, it’s a prime example of white privilege in action. As Chanté Joseph points out, “Black culture is gawked at, dismissed and ridiculed, before it’s studied, mimicked and regurgitated.” BIPOC have continually suffered marginalisation and discrimination for elements of their culture. For example, the stigmatisation of black hairstyles such as afros and dreadlocks has led to countless cases of children being excluded from school, such as Ruby Williams who emerged from a three-year legal battle with her school in Hackney, who regarded her natural afro hair as violating uniform policy. There are also cases of discrimination in employment, such as when Londoner Simone Powderly received a job offer conditional on taking out her braids, and a black woman was told to chemically straighten her hair when applying for a job at Harrods. Discrimination and bias against natural black hairstyles clearly generates very real and tangible structural barriers for these individuals. They are also subjected to passive-aggressive comments, unwanted invasions of personal space by people demanding to touch their hair, or deemed unprofessional or unhygienic simply for wearing their hair naturally. Many cite feelings of marginalisation, trauma and significant damage to their self-esteem resulting from the stigma surrounding their hair from a young age.

So, imagine the feelings incited when white people take and wear these hairstyles and suffer none of the negative consequences faced by black people. Worse still, when white people wear their hair in cornrows or dreadlocks, the very same styles which black people are demonised for, it’s often lauded as cool or high fashion. This phenomenon has become widespread in the last decade. From white musicians including Katy Perry and RiFF RAFF, to the Kardashians, to Marc Jacobs sending white models sporting hand-dyed wool dreadlocks down the runway in his 2017 Spring show, white people are appropriating black culture and as a result of their white privilege, are benefitting from it – financially, in their kudos and how they’re viewed in popular culture. These examples demonstrate how white people selectively utilise elements of black culture for their own gain, whilst failing to acknowledge the wider struggles encountered by the identities linked to these hairstyles. In a video entitled ‘Don’t Cash Crop On My Cornrows’, Amanda Stenberg poses a salient question: “What […] if we loved black people as much as we love black culture?”.

This selective appropriation of black culture is ignorant and harmful. The identity of a culture is superficially taken as an outfit or chance to dress up for people in positions of privilege. We don’t just see this with black hairstyles; there are a deluge of other examples, such as the wearing of a bindi or Native American headdress to a festival, or the recent trend of ‘blackfishing’ (appropriating black features, for instance through excessively using fake tan and fillers, in an attempt to gain followers and attention) on social media. While these people selectively apply the aspects of a culture that they decide to, BIPOC can’t just turn their culture and identity on and off when it pleases them, as white people do when culturally appropriating. BIPOC are subject to all that comes with their identity, including racism, stereotyping and discrimination. Meanwhile, cultural appropriation acts as a form of erasure, adopting and capitalising from elements of a marginalised culture, whilst obscuring the deeper significance, history and multifaceted identity imbued within it. So, when someone argues that ‘it’s just hair’, remember that in actuality, it is about far more than ‘just hair’.

Another, arguably more subtle, yet hugely pervasive form of cultural appropriation is yoga. People practice yoga for a range of reasons, often related to wellness; thus, the idea that it could be harmful is likely puzzling. Performing yoga does not in itself amount to cultural appropriation. Where it does become problematic, is the fact that it has largely become detached from its roots. As the practice has become increasingly mainstream and its benefits enjoyed by many across the globe (which many will agree is a great thing), the cultural and historical significance of yoga is often forgotten or left out within the western setting.

Yoga is also an example of how the concept of cultural appropriation is linked to commercialisation and capitalism. In western countries, the dominant image of yoga is in discordance with its original context. Often associated with the image of slim, white, middle-class women, this audience has become targeted by a deluge of marketing, for yoga leggings, hot yoga classes and Instagram challenges. The culture which is associated with and viewed as the proponents of yoga has been transformed, through its commodification and westernisation. In the process, the cultural and historical significance of yoga is often stripped away, losing the essence of the true meaning of yoga. Turning BIPOC culture into a trend to be enjoyed and profited from by the dominant culture is a prime example of cultural appropriation, and is clearly highly problematic. 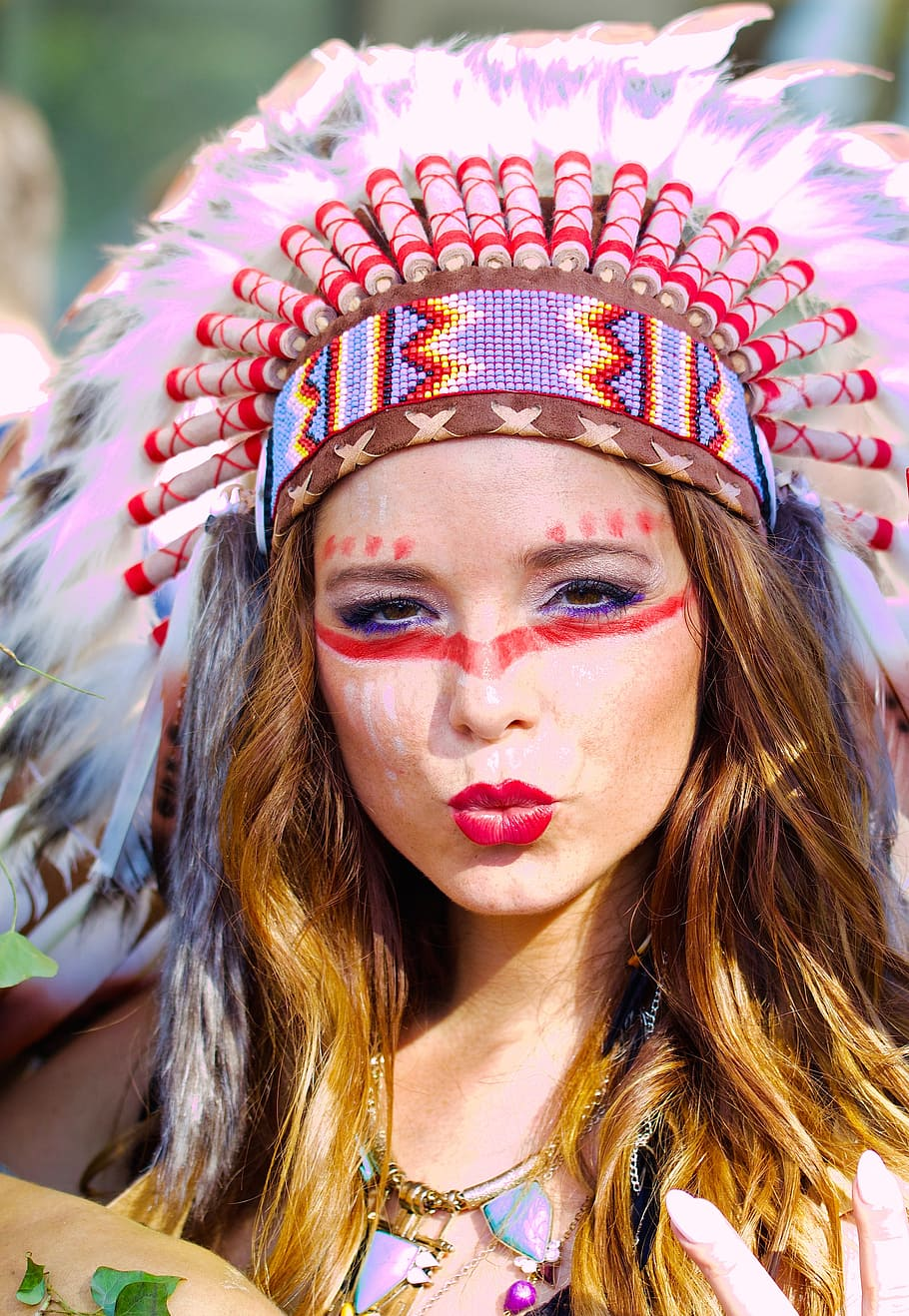 Yoga is a tradition that stems back thousands of years in a South Asian context, with significant emphasis on its spiritual and medicinal meanings, over its physical component. However, yoga today is frequently treated as a solely physical activity or form of exercise. At face value, this may not seem like an issue – people are entitled to focus on their physical health. However, unpicking the historical trajectory which led to this re-orientation of yoga highlights why it’s problematic to characterise it as purely physical. Promoting spiritual yoga teachings during Britain’s colonisation of India frequently had violent and suppressive repercussions. Combined with coercion towards western ideas of athleticism led to a public redefining of yoga as a physical activity, whilst spiritual practices were forced into private, in order to appease colonists. By recognising that you are practicing just the physical exercises originating from the much broader spiritual practice that is yoga, you are helping to prevent the perpetuation of the system of white supremacy which constructed yoga as an exclusively physical practice.

The line between cultural appropriation and cultural exchange can be a difficult one to toe. Many of us have likely been guilty of appropriation in the past, often due to ignorance. As white people, when choosing to take something from another culture, we need to be hyper-aware of our privilege and the wider context of our choice. Are we amplifying, supporting, crediting and respecting this culture? Or, are we exploiting marginalised cultures for our own benefit?

Charity Shop till you drop
Sussex Ranger Takeover
Why a Urinal Can be Art
Sloe Gin: The Ultimate Winter Warmer