When we visit parks or see them on our way to somewhere else, most of us don’t think of them as not always being there. This is the same with roads and buildings too. When we look at structures in the city and take them in -unless we have an architect’s or engineer’s or city planners’ brain- we assume they’ve always been there: in the very least we find it hard to imagine the time before.

This week, I’ve decided to detail the history and tell the story of a park, rather than a building, because they too I am realising were imagined, planned and laid out. They are a counterpoint to urban civilisation. They are aesthetic constructions, designed to induce a memorable experience. The idea of a park you must admit is quite a lovely one. I like how people thought about their city, how to improve it, and thought: 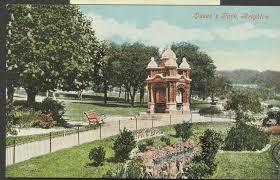 “You know what we need, we need a big green space where people can visit, within the city, and possibly we will put a big body of water in the middle with a fountain so families can come and enjoy from all around.” These humble origins, these simple ideas that have become features of an urban area, are good ones. Yes, they may be fenced off and tamed and arranged for a function – the cynic might even say built only as an aesthetic object so that we forget the grime and headiness of the urban environment. We could conclude a park is as artificial as a city, but I prefer to think of them as organic constructions. With time parks and cities grow in myriad ways, they grow out of their initial use or purpose. Brighton is no longer the small fishing village, but a bustling urban metropolis famed for its relaxed, quirky, liberal constitution. Queens park has too changed: initially it was to be a private park for the inhabitants of detached manor houses and villas. Now it’s a residential playpark, a hive of activity for the surrounding area. People interpret the space for themselves, they use it and it gives back. As I said above, we forget often that they were conceived at all. This, I think, is a credit to the architects and designers of such spaces, but also to the communities around them. The place of retreat into nature is so well done that it is hardly noticed, meaning that the journey from concrete to park is a smooth one: both a pleasant, and a fluid experience. To borrow an idea from Yulia Leonava, in a recent paper on the phenomenology of parks, we could say that parks are also artistic utopias, designed for the benefit of humanity- “spaces of transparency, purity, freedom and openness”. 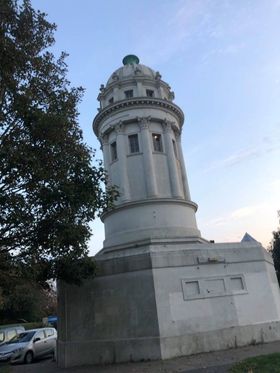 Sadly, when Queens park was first built it was thought that the above attributes of the space should not be open to the public. Thomas Atree, the wealthy property developer who bought the land for the future park enjoyed by thousands today, was an admirer of Regents Park, London, and commissioned Charles Galloway to essentially revamp the existing Brighton Park into a spitting image of the Capital’s world renowned green space with its mansions dotted around.

Thankfully this grand scheme never saw the light of day, the detached villas were never built, and instead more affordable residential terrace housing was constructed in their stead. The grounds were bought by The Race Stand Trustees in 1890 and lovingly donated to the public, along with the peculiar Pepper Pot water pump to the west.

Fortunately, a rumour that the lake was created by a crashed plane during World War One is unfounded, but Air Marshall Phillip Austin did crash his plane into the park in 1923 and miraculously survived.

At present it is one of Brighton’s most loved green spaces. At present it’s full of dog walkers and mushy autumn leaves with their earthy hues; in summer it’s home to frisbee, and a great deal of small children’s birthday parties. The lawns slope down on all sides to meet a lake that houses ducks and is frequented regularly by seagulls and geese, while the “wild area” and lakeside path is deliberately left untended to encourage wildlife. Of course, these spaces should be open to the public, and long may it continue.

We are going on a Bear Hunt…
Read now: The Badger's Seventh Edition!
Letters from lockdown
Is the 16-25 Railcard for Me?