For Fans of Slowdive, Cigarettes After Sex and beabadoobee

Brighton based Shoegaze/Dreampop band ‘HANYA’ are smashing it with their dense production and lead singer Heather Sheret’s sweet and breathy vocals.

With an impressive backing from the likes of Huw Stevens, HANYA are a band that you need to get on your radar ASAP and join their many fans who adore their Brighton-esque spirited edge and contagious sound.

The band released their debut album ‘100 Metre Sprint’ in October which is a compelling introduction to their unique resonant sound of dreamy guitar chords and luscious synths.

In their own words HANYA shared with their fans via Instagram;

“100 Metre Sprint is a collection of tunes we’ve written since 2020. Some crafted in isolation, recorded in our loft, at a mate’s house, in a studio, & everywhere in between. The songs continue a narrative, a coming-of-age in your 20’s, a longalong hard look at yourself in this new crazy age, we’ve not quite got to grips with yet.

The tracks share a sense of running, not in a floundering, lost sort of way, but with purpose and determination, the type that only a fresh perspective can give you. Hence the name: 100 Metre Sprint.

It’s been a really amazing journey to put this 7-track EP together, and truly incredible to play it live to such receptive audiences. Thank you so much for all your support along this road.” 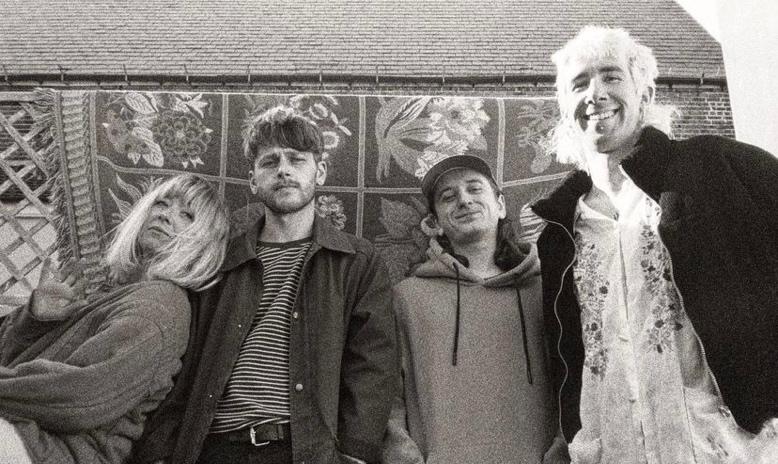 Whilst many other artists under the shoegaze genre occasionally lose the intricacy of catchy hooks and choruses with their song writing; HANYA remain delicate and natural with their easy listening instrumentals and personal lyricism.

It’s with this impressive introduction that the band are coming to one of Brighton’s best loved venues ‘The Hope and Ruin’ for a homecoming show on Thursday 7th April.

Tickets are FREE but be sure to register so you don’t miss out!

HANYA have a reputation for their impressive live performance which blends their casual, down to earth rapport and magnificent crescendo of spacey dreampop melodies.

The band adopt a versatile sound that allows them to casually fade in and out of quiet whispers and louder more vibrant sounds.

Armed with this talent; HANYA aren’t a band to shy away from big gigs and they notably played a massive set at Green Man Festival last summer. Earning their stripes touring various venues since they formed; the band have played multiple shows across the country.

HANYA aren’t just another super cool band to emerge out of Brighton’s incredible grassroots music scene but an outfit that could gain some serious traction over the next year.

Taking elements from the sweet and spacey depths of dreampop and blending this sound with the haunting and imploring effects of shoegaze; the band create a sound that is both effortlessly classical but also current and unique.

Be sure to catch them live, before they become huge!