Raising fascinating and current questions around motherhood and female identity, Lessing’s The Fifth Child, with its spectre of the ambivalent mother, is an immersive look into the uncanny

Words by Saskia May, Books Editor

Doris Lessing, one of the most well renowned and important authors of the 20th century, offers The Fifth Child (1988), a novel that is immersive, disturbing, and intriguing. Despite its short length, Lessing’s work raises crucial and topical questions around sacrifice, female identity, and motherhood that are very much still in play in today’s society.  The Fifth Child begins by sketching out the marital life of the protagonist, Harriet. Surprisingly conservative given that she is a young woman in the ‘Swinging Sixties’, Harriet’s dream in life is to be a homemaker, ‘the question of whether to be, or not to be, a career woman had never bothered her’. When Harriet meets the similarly ‘conservative, old fashioned’ David Lovatt, it seems like a perfect match for they both ‘meant to have a lot of children’. Moving to a large house outside of London, all is going well for the growing Lovatt family until Harriet finds herself pregnant with their fifth child Ben, whom Harriet has a terrible feeling about, even before he is born.

The theme of maternal ambivalence is explored by Lessing in much of her work, in particular her most famous novel, The Golden Notebook (1962). Not simply hatred, or love, maternal ambivalence is about a mother recognising the breadth of emotions she may feel towards her child and role as mother, from adoration to vexation, from tenderness to despair. Admitting to ambivalence is not admitting to a lack of love. British psychoanalyst D.W Winnicott, who was working when Lessing was writing, published in 1949 his psychoanalytic essay ‘Hate in The Countertransference’, where he listed reasons why the mother ‘hates the baby from the word go’. In Lessing’s work, the constituents and production of maternal ambivalence are predominantly the sacrifices the mother makes and the exhaustion she feels. For Winnicott, a reason a mother hates her child is because ‘At first [the baby] does not know at all what she does or what she sacrifices for him’.  Concerning a mother’s exhaustion, Winnicott argues that the baby demands his mother’s ‘continuous and detailed study’, which drains the carer’s energy. The baby can also be considered as a parasite, draining the mother’s personal life for the infant is ‘ruthless, treating the mother as scum, an un-paid servant, a slave’.  The topic of mothers has always hung heavy with idealisations but Winnicott makes a defiant political point in his essay, arguing against the notion of a mother’s absolute, unquestioning devotion.  For Winnicott, if a mother does not consider the depth – and indeed breadth- of her feelings towards her child, she may lean into a repressive, passive sentimentality, ‘if for fear of what she may, she cannot hate appropriately when hurt by her child she must fall back on masochism… [which] gives rise to the false theory of a natural masochism in women.’ 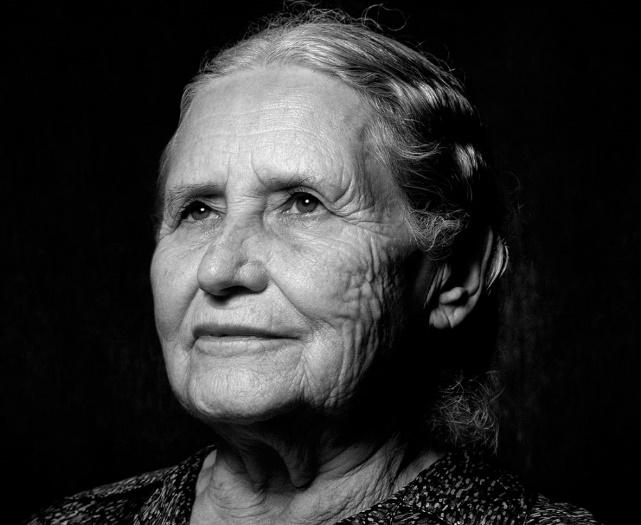 Harriet’s maternal ambivalence pushes against a sentimental,  rose tinted relationship between mother and child. Lessing’s gift lies within her ability to make the mundane horrific, for when Harriet is pregnant, she fears that she is carrying a ‘monster’. Things do not improve when Ben is born, for he deals his family a ‘mortal wound’ simply by existing. Described as an ‘angry, hostile little troll’, Harriet immediately questions the limits of her maternal devotion when she sees Ben, exclaiming, ‘poor little beast, his mother disliking him so much’.

In the opening essay of her collection “Prisons We Choose to Live Inside,” published one year before The Fifth Child, Lessing wrote, “This is a time when it is frightening to be alive…Everywhere we look we see brutality, stupidity, until it seems that there is nothing else to be seen.’  Lessing depicts Ben as a product of the ‘barbarous eighties’, a time of ‘killings and hijackings, murders and thefts and kidnappings’. At the end of the novel, with domestic bliss ruptured, Harriet is watching television broadcasts of mobs, and considers whether Ben will be spotted by her in the crowd, ‘staring at the camera with his goblin eyes, or searching the faces in the crowd for another one of his kind.’ Harriet feels so removed from her son that she ‘felt she was looking, through him, at a race that reached its apex thousands and thousands of years before humanity, whatever that meant, took this stage’. With his ‘cold, inhuman eyes’, Ben then, is only as bad as his society – a mirror of the social landscape he inhabits. Through local and global newspapers broadcasting brutality and violence, Lessing depicts ‘news of muggings, hold ups, break ins’. Yet Ben is not alone in taking satisfaction from the misery of the world; his whole gang are obsessed with watching the TV where they are ‘fed’ by ‘shootings and killings and tortures and fighting’. The use of ‘fed’ connotes an evil form of nutrition whilst also speaking to the rising consumerism of the 80s, of people being ‘fed’ and hungering for the materialism of TV entertainment. Bread and Circuses, if you will.

‘I have suffered a misfortune, I haven’t committed a crime’, Harriet muses in the wake of family and friends abandoning her now that Ben is a permanent fixture in their lives. Wondering why ‘she was always treated like a criminal…ever since Ben was born’, Harriet faces the paradoxical task of being a mother for the child that everyone detests. Perceived as ‘irresponsible, selfish, and crazy’ and ‘silently condemned’, Harriet is aware that ‘by everything the society she belonged to -stood for, believed in, she had no alternative’ but to mother Ben for the truth, is, as Harriet knows, she is the one ‘who had not let Ben be murdered’. Winnicott wrote in abundance on the importance the home environment played in enabling children to develop in healthy ways, but Lessing makes the argument here that Harriet faces an impossible task. Mothers can only do so much with a world saturated with brutality and violence.

Whilst Harriet is afflicted with remorse, ‘poor Ben, whom no one could love. She certainly could not!’, she reminds us of her strength as a mother who acknowledges her ambivalent feelings, to both despise but still care for Ben. Harriet is frightened by her son, but tries to understand him, to see the world from his eyes, wondering if Ben is ‘experiencing a misery she could not begin to imagine because he was forever shut out from the ordinariness of this house and its people’. The impression The Fifth Child leaves one with is of appreciating the importance, and indeed power, of empathy.  Lessing masterfully depicts the complexity of maternal ambivalence, astutely capturing how mothers of the Western world are at once punished for being mothers and instructed to love, to nurture, and to protect, without reserve.  Despite being over thirty years old, Lessing’s discussion is topical for the persecution of mothers still holds weight today. From TikTok comments on mothering videos to tabloid headlines, to books, Mumsnet, and TV shows, mothers are still blamed and shamed. The role of mother, as Lessing notes, is an impossible one, but through acknowledging maternal ambivalence, we can truly appreciate the nuance and complexity of motherhood.